My Takeaways with ValueJet by ‘Best of Nollywood’ Producer, Seun Oloketuyi 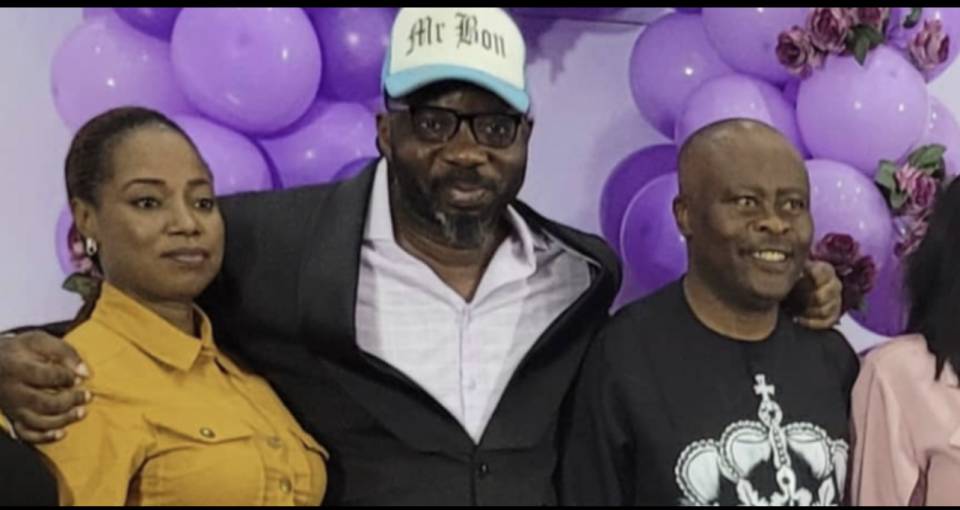 My Takeaways with ValueJet by ‘Best of Nollywood’ Producer, Seun Oloketuyi

For many reasons, I don’t enjoy flying. Most importantly, it puts you at the mercy of another person whom you know nothing about, and just like drivers, there are good and bad ones. With flying, you can never tell which you have, and you do not have the option of deplaning at your pleasure.

When it was time to begin the planning for the Best of Nollywood (BON) Awards 2020, the Ekiti edition, it was the peak of the beginning of the kidnapping season, and many people did not want to travel through the densely populated express towns that littered the road from Lagos to Ekiti.

It was at this point I began to consider flight options from Lagos to Akure. The shorter drive between Akure to Ado-Ekiti would be bearable if we could fly. This realisation brought with it another problem.

Our budget for that edition was very small, and we had a dearth of sponsors, especially because we were just coming out of the COVID-19 pandemic economic shutdown.

Also, even though we had a lot of quality actors and filmmakers on board the project whom we needed to get to Ekiti, we were still a small party, and many would be supporting airlines did not consider our number significant.

As a final effort, I reached out to Mr Kunle Soname, Chairman, ValueJet, and I requested a meeting. He granted my request immediately and I drove down to Ikenne with all hopes to pitch my need.

My hope was not dashed. Not only did Mr Soname solve my logistics problem by immediately putting me in touch with the right people to make an aircraft available on my needed date, he staked his name on the awards by giving us access use an aircraft and crew to shoot a skit with the hosts, Tana Adelana and Debo Macaroni.

When the skit was released about a month or two to the awards, it gave Best of Nollywood newer credibility and access to even more industry support.

On our departure date, the excitement was palpable as many were excited to be flying with ValueJet. That excitement bled into my subconscious and my fears of flying automatically eased.

From the point of boarding, something felt pleasantly strange about the airline.

While the cabin crew ushered passengers on board, I noticed every one of them, including the captain, had a whole new level of warmth and decorum. I had initially thought it was simply because we had big industry names on the trip, but I noticed the patience and deliberate effort not just to please but to get everyone settled in well and in time.

Then I got comfy in my seat, and my criticism antenna quickly springing up. I began to pay deliberate attention to everything about the airplane and the quality of service to prove my bias that the excellent customer service we enjoyed at boarding was a fluke.

A few minutes later, we were all settled in and right on schedule, the plane taxied for a takeoff and the following 40minutes became an impressionable experience in my years of local travel in Nigeria.

First, the hostesses continued to maintain that high level of professionalism throughout the flight devoid of the ‘owambe’ atmosphere that most local airlines create. You could feel their genuine resolve to be of help and make the flight enjoyable.

I particularly remember a female member of my staff, an intern, who struck up a conversation with one of the hostess before takeoff. The young girl had never flown before and wondered why the hostess had to stand close to her seat at the back. I had expected a standoffish response from the mixed-race hostess, but instead, she bent to whisper in her ears words I could not catch. The less than a minute interaction left my staff grinning from ear to ear throughout the flight.

I realised that this was not a desperate attempt to look good to some spotted ‘big men’ on board. Every single passenger was treated with the highest level of respect. Strangely also, the in-flight announcements and address of the captain were rather less monotonous and audible. It had some modest sense of humour and clarity, not a display by an overzealous hostess trying too hard to pull a British-American-Nigerian accent.

I took time to evaluate the comfort of the seat, how less cramped up they are; the freshness of the headrest covers, which is a departure from those of some airlines that sometimes smell like they need a change. This mid-size aircraft somehow had good enough legroom and my six-foot-self had a truly comfy ride.

Then, refreshment came, and it was an improvement to the handouts of pastries and school-children snacks that I have come to terms with on local flights.

The aircraft itself looked exceptionally clean and smelled even better. I am certain it is not above 15 years and bears resemblance to the class of Europe’s EasyJet.

The entire flight was seamless. Take-off, mid-air turbulence handling, landing, and all, only point to the fact that we must have been piloted by experienced professionals.

At no point did I remember that I did not like flying.

Shortly after we landed, I started making further enquiries about the airline. I figured they were new and I garnered some more pleasant information about their business model, which makes reason for the level of excellence that we were served with on that flight.

I stumbled on a report that the airline was founded in 2018, in the middle of the aviation crisis, which saw some major airlines closing up. It was started as a virtual airline brokering flights through other airlines. I immediately spotted the ace factor, which is the fact that the business is founded on the resolve to solve the industry’s core challenges, not some big-budget illicit-money cleanup business kind of thing.

The carrier’s business model seeks to make aviation accessible to all Nigerian citizens through competitive pricing, according to local media. ValueJet comes on the heels of a dire situation with the outrageous flight cost, where one-way flight from Lagos to Abuja costs around $227, almost twice the average monthly salary in the country.

One of ValueJet’s management staff, Temitope Ajijola captures their essence in an interview, “ValueJet’s vision is ambitious. We see a world where everybody can fly. Our aim is to add value from the very first flight once we are set for business operations. Currently, only about 5% of Nigeria’s population can afford a flight ticket, according to available statistics, and ValueJet is looking to increase this number significantly through creative fare pricing.”

Adding the exceptional quality of service that I enjoyed on my flight with ValueJet to the laudable mission to build a formidable low-cost carrier, I realise that we are about to witness the explosive growth of a Nigerian aviation company that will easily become passengers’ favourite. The value of this kind of brand is that success will no longer be measured in monetary terms, but in the numbers of happy, loyal customers, and the entire economy will be better for it.

This singular experience made it a tradition for me to always look out for Valuejet whenever I’m doing my local runs by air.

Their dedication to passengers speaks of an organisation that is less focused on the bottom-line business objective of profit maximisation and is driven towards providing excellent value that in turn makes them the preferred team.