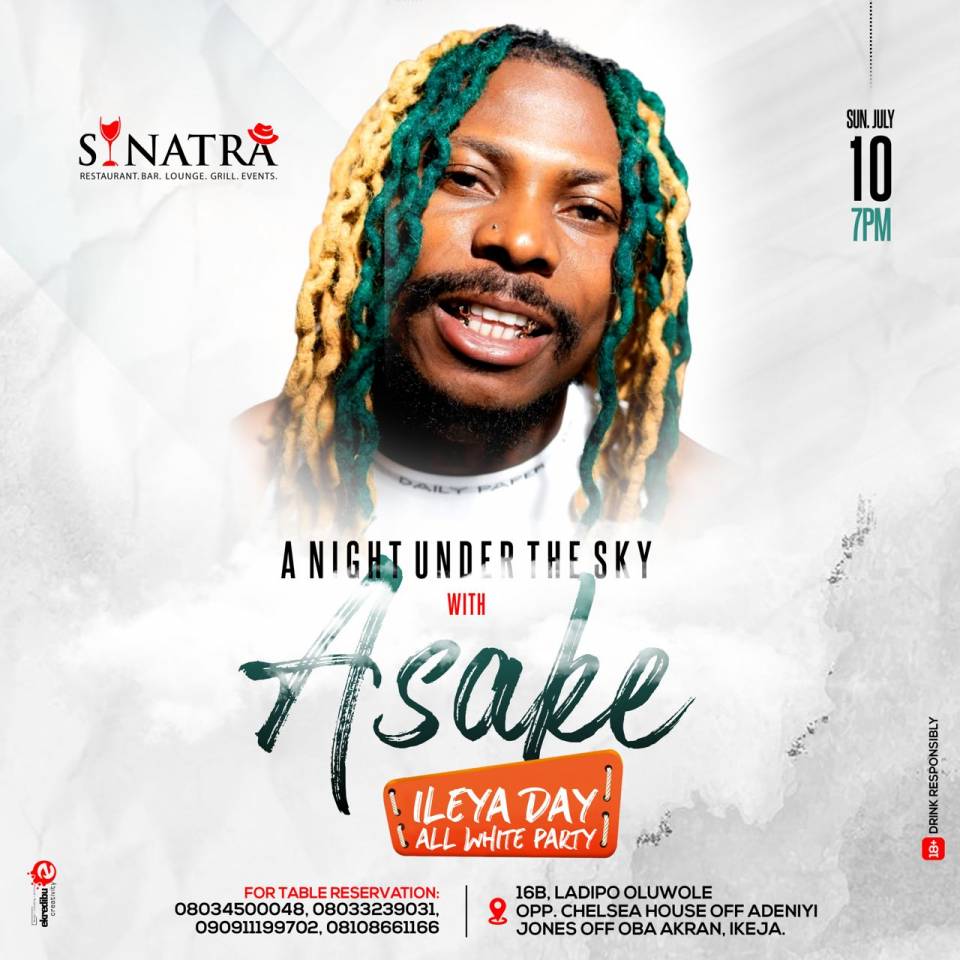 Banners at Sinatra on Ladipo Oluwole Street, off Adeniyi Jones and a viral video by the singer confirmed the concert.

The Sungba singer promised fans in the viral video a swell time as he would be performing live in concert at Sinatra on July 10.

He said: “I’ll be performing at the Sinatra Ileya special white party.

According to the General Manager of the hospitality outfit, Tunji Lawal, they have decided to bring one of Nigeria’s most talented entertainers, Asake, fondly called Mr Money by his numerous admirers to thrill their customer during the ‘Ileya Festival’ period in a proper concert format.

We decided on a concert to give the opportunity to every member of sinatra community and lovers to enjoy the rave of the moment and its also a platform for new musicians making waves to sell themselves to the world.

“For sometime now, Asake has been thrilling people with is numerous song on the airwaves and we decided to bring him for our patrons to enjoy and we can say with confidence that your security is guaranteed with fully guaranteed. You can come and enjoy yourself with your families with us on Sunday from 6pm till the next day. Sinatra remains the choice, and our previous events have continued to be memorable to our patrons,” Lawal said.