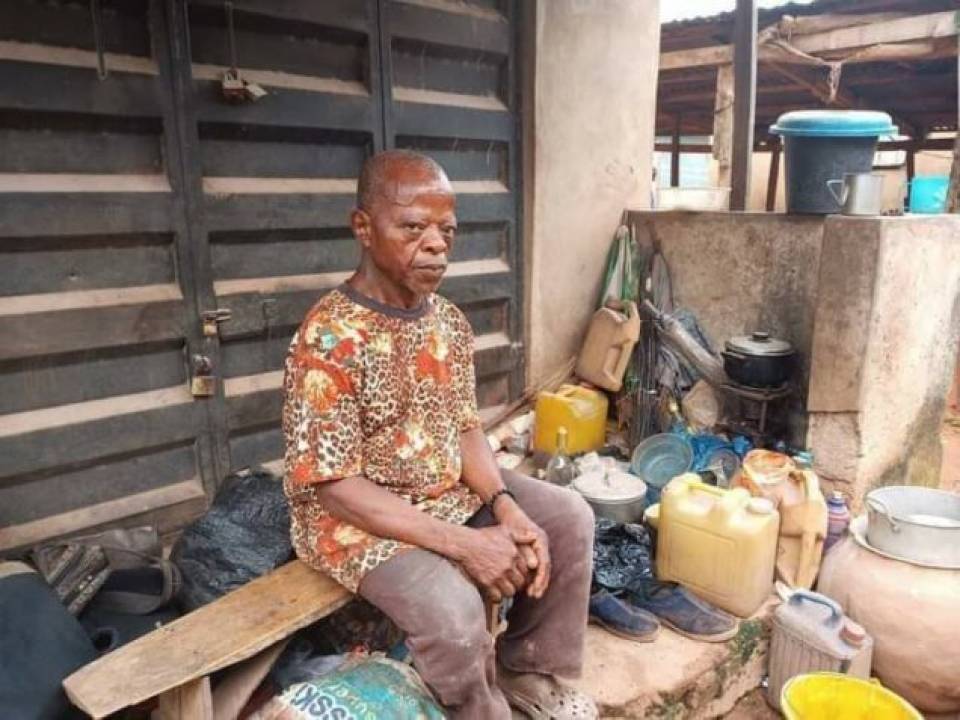 Nollywood legend Kenneth Aguba's recently surfaced photos have prompted that the actor is homeless. The actor was seen in the circulated photos sitting in what looks to be a culinary set inside of an open-sided shelter.

The actor moved into the run-down structure after losing his home, claims a Twitter user. The Actors Guild of Nigeria has faced harsh criticism since the images went public, with outraged fans doubting the Guild's purpose.

Although the AGN has not yet responded to Aguba's widely shared images, its national president Emeka Rollas has recently taken action to address crowdsourcing for distressed veterans.

The Guild unveiled an HMO plan and trust fund last month to help members in times of medical emergency. In a press release distributed by its president Emeka Rollas, the Guild introduced the fund committee headed by seasoned actress Joke Silva.

“We also set up the AGN Trust Fund to help put a stop to the usual alms begging to raise funds to support our members in health crises. This was also to discourage the reprihensible manner some persons publicly gifts nollywood sick members financial aid. We consider these methods very embassing for an Industry that contributes so much to the country's GDP,” an excerpt of the statement reads.

“To make these supports more civil, donors can mention specific person's they wish to medically assist whilst depositing money to the Trust Fund account. The Trust Fund is in the hands of trusted Committee headed by Veteran Actor, Joke Silva.”

Tweet
previous post « Wizkid, Tems among winners as Pheelz and Fireboy perform at the 2022 BET Awards
next post AFRIMA 2022: ENTRY CLOSES ON AUGUST 5 »
back to top