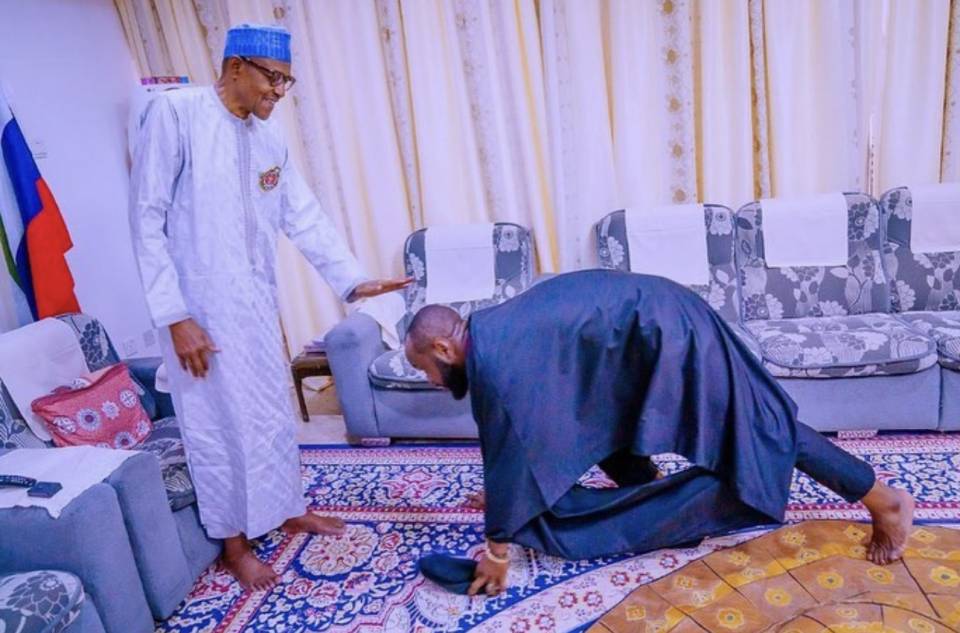 Recently in the Confluence State; Kogi, it was a rousing welcome at the Lord Lugard House in Lokoja, when Governor Yahaya Bello give Seyi Tinubu, the son of Asiwaju Bola Ahmed Tinubu, the presidential candidate of the All Progressive Congress (APC) and his fellow team players a grand reception to the city to distribute a Social Welfare Packages to Victims of Flood Disaster that wreaked havoc and to preach the Bola Ahmed Tinubu Presidential Ambition to the electorates in the State.

But there is a general misconception about the person of Seyi Tinubu, it is the believe of many that the success of Seyi in business was all due to the influence of his brilliant, articulate, wise and influential father whereas his success story should be a source of encouragement to many young men aspiring to be great because he practically grew his business from the scratch together with his partner.

His determination to make a name for himself in the corporate world has seen him and his partner tried their hands on so many businesses in the past, but it was their deal with Snap Inc. the maker of multimedia instant messaging app Snapchat that sees them representing the company in handling advert buys of the social networking company in many African countries, this it was that further reinforce his conviction about the love for advertising and that is what led to the formation of Loatsad Global Services Ltd in 2013.

Against the belief that Seyi Tinubu should have it easy because of his birth influence, but the young serial entrepreneur would rather not have it on a bed of roses and that is the reason he chose his vastly knowledgeable father's moral support against all other help or support he can get with his father's influence.

His charity works begin as far back as 2005 when he co-founded TELD NGO with his friends; the organization was formed to improve the lives of the youths and underprivileged children in Nigeria by providing them with fees and necessities to attend boarding school and mentoring programmes.

Seyi has been giving heavily for years now many times under the CSR of his company and on several occasions under the NGO co-founded with his wife under the name of their daughter Noella Foundation. This was the foundation that partners the Late Bolajoko Fadipe led Food Clique to feed thousands of families during the COVID-19 pandemic of 2020.

Noella Foundation has for years before COVID-19 being collaborating with Food Clique to feed communities every week in other fulfills one of the United Nations SDGs that promote nutritional feeding, this is apart from the support the foundation and Loatsad continually gives to different orphanages and special people schools. Seyi in his personal capacity city also have on his billed so many underprivileged children school fees and upkeep.