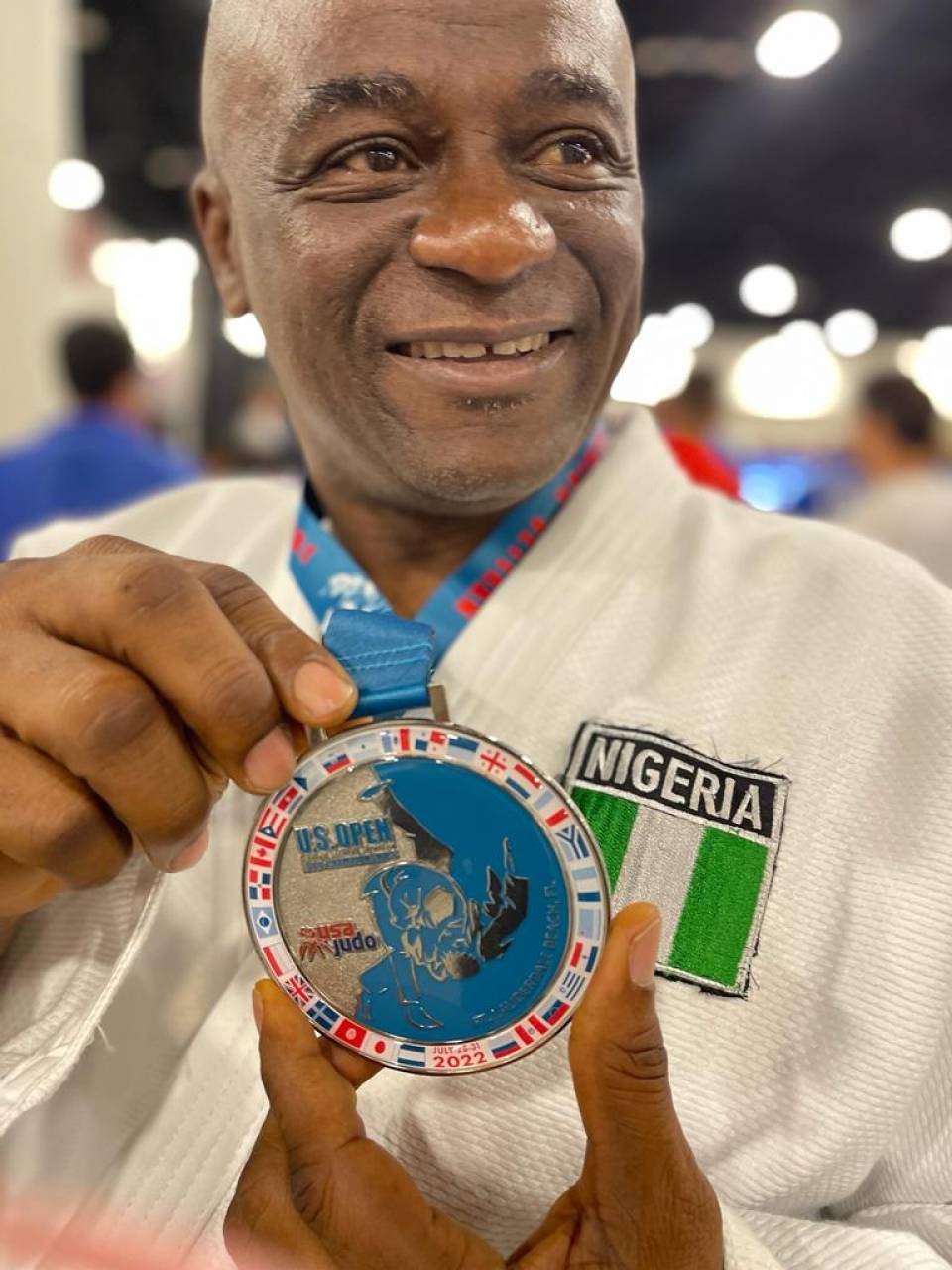 The commander of the Intelligence Response Team (IRT) of the Nigerian Police Force (NPF), DCP Tunji Disu, has made his country proud by winning the Veteran Judo fighter Silver medal at the 33rd US Open Judo Championships held in the United States (US).

DCP Disu won the silver medal on Sunday, July 31(yesterday). His photos with the medal were shared on Facebook by Joe Igbokwe.

He also served at River State CID as Deputy Head of the unit.

The former Commander of the Nigeria Police Contingent to the African Union(AU) peace keeping mission to Darfur, Sudan is regarded as celebrity cop who is well known on microblogging platforms, mostly Twitter