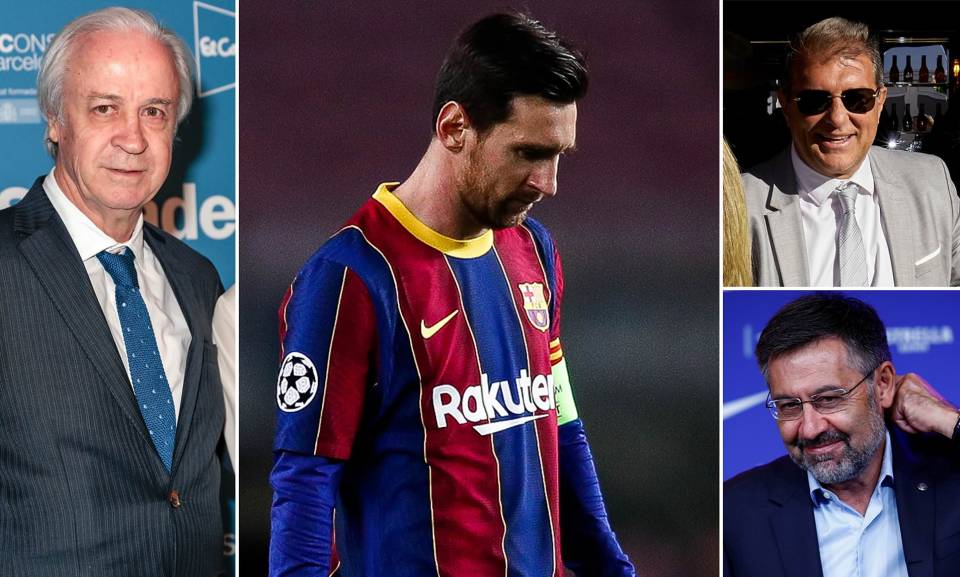 It is no secret that clubs are struggling financially due to Covid but Barcelona’s huge financial crisis is the biggest, the Spanish side has accumulated debt of around €1.2 billion and has also been hit with a tax evasion bill that could cost them another €5 million.

Generating massive revenues and signing lucrative deals has never been an issue for a team like Barcelona as one of the biggest clubs in the world with massive fan base, an annual reports by Delloite Football Money League confirmed the Catalans made €840 and €715 million in 2019 and 2020 respectively but their wage structure and transfer market activities are major reasons they are underwater.

Averaging approximately €11 million per player, Barcelona is the highest paying club in the world. After Neymar left, several attempts to replace the Brazilian led to series of splashing big money on players in the transfer market that never fit into the team and offering inflated wages to keep players in the squad

However, the pandemic exacerbated business for all teams but Barcelona, financial status is a pandemic on its own, this has resulted in the team only being able to sign free transfer players who might not even be able to register for the new season until their financial situation improves before the season commences.

The Catalan wage bill has exceeded the La Liga salary limit. Barcelona’s wage bill is 110% of its total income and in case of exceeding this limit; they can only spend 25% of their income due to the La Liga financial rules. These would not be enough to register Lionel Messi who is out of contract and needs to be re-registered if he were to stay at Barca.

Though 30% of Barcelona’s income is solely generated by Messi but the Argentine’s wages is a talking point in the club’s financial crisis as his wages is not just shocking but also set a precedent for the rest of the players in the team; €115,255,000 as renewal fee for just accepting a contract that cost the team €383 million just because he generated €619 million income still can’t be regarded as employment, that is simply partnership; Messi takes almost as much as he makes for the team.

At the moment, Barcelona is looking to get rid of bloated wages and restructure their wage bill to relieve themselves from this situation but will this be enough to register Sergio Aguero, Eric Garcia, Memphis Depay, and probably Lionel Messi who has to take a massive pay cut to balance books and improve their financial situation. Despite loaning Francisco Trincao and rescinded the contract of Matheus Fernandes, a player that intends to sue club for rescinding him,  Matheaus joined the club for the sum €10 million but was never presented as a Barcelona player, made a cameo appearance playing 17 minutes in a champions League match says a lot about the business side of the Spanish club that spent €767 million on 14 players with half these players not even at the club anymore.  The club is trying to get the wages of Samuel Umititi, Miralem Pjanic and Philipe Coutinho off their annual bill to save a further €64 million per year in wages but finding a team at this period seems difficult

Be that as it may, Covid had massive impacts on virtually all businesses including sports but a club that makes €72 million gateway revenue on match days annually should never be anywhere Barcelona present situation. Joseph Bartomeu, the former President really dogged a big hole of mess at the Catalonian club as he is majorly responsible for leading the club into this financial pandemic.

Tweet
previous post « Brace up for SUPER SUNDAY: Messi Attempt to End Argentina Trophy Drought, 'historic' Wimbledon final For Djokovic...Could finally be going home or Rome
next post The Mystery Behind SPORTS, FANS AND THE MONEY »
back to top