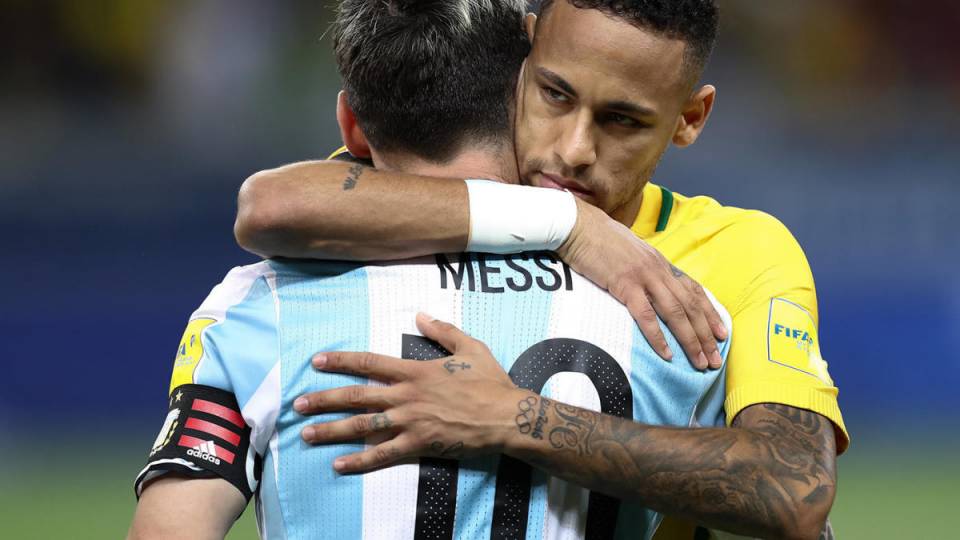 An extraordinary sporting day for millions of sports fans around the world that will be entertained with major mouth watering marathon activities in the world of sports from an early kick-off at the iconic Maracana stadium in Brazil for the Copa America final followed by the iconic bout between Conor McGregor and Dustin Spoirier.

Also Italy and England will be vying for double wins when Matteo Berretini faces Novak Djokovic for the Wimbledon Crown and Indian women’s team second T20 against England, the English and Italians will be winding up the day when the Azzurri face England in the Euro 2020 final at Wembley.

Brazil will be playing arch rivals Argentina, the Copa America final will be played on Saturday night at 9pm in Brazil but due to time differences, fans from Europe and Africa will be watching on Sunday early hours as history is on the line for Lionel Messi’s Argentina trophy drought. Argentina last won their 14th copa America title in 1993 but will be facing defending champions Brazil who will be looking to close the gap, having won the title nine times.

The football heavy weight clash will be followed by another early hour third iconic lightweight bout in UFC’s history between Conor McGrgor and Dusin Poirier in Las Vegas. McGregor won when the pair first met in 2014 with a stunning first round knockout but a rematch in Abu Dhabi in January 2021 saw Poirier came victorious with a second round knockout. The co-main event will see Gilbert Buns taking on Stephen Thompson in the welterweight bout

Matteo Berrettini  will kick start Italy’s trophy hunt on Sunday when he faces Novak Djokovic who is a win from leveling with Roger Federer and Rafael Nadal by claiming a record of 20th grand slam title, Berrettini has been impressive and he is the first Italian to reach the men’s single final in 144 years. If Djokovic is able to beat the Italian for his sixth Wimbledon, the Serb No.1 would have won two thirds of 30 career Grand slams finals

Indian women's team second T20 against England. The Harmanpreet Kaur-led side will be keen to bounce back after having lost the first one. Young opener Shafali Verma, who has established herself as one of the best in the shortest format, will be the cynosure of all eyes for India

Clash of a trophy drought from Europe elites nations...is it coming Home or going to Rome

Many see England as a self acclaimed titan in football history with 55 years without a trophy but Sunday is the day to fight for a bragging right when England battle Italy, the final of Euro 2020 at the Wembley stadium will welcome 60,000 fans into the stadium and millions globally to wind up one of the biggest days in sporting history.

England have never won or reach the Euro final before with Euro 2020 being their first final since winning the world cup in 1966 while Italy won the championship once in 1968 though the Azzurri do have four world cups to their name and were runners up in 2000 and 2012.

Both nations have been impressive, Italy have been tagged favorite after they ran riot in their group stage with a record of 33 games unbeaten while the Three Lion’s have also been decent but their defensive record has been the best conceding just one goal in the competition. If England are to end 55 years of drought they need to be convincing playing the best team in the competition. A worthy opponent ‘THE AZZURRI’ so beckons the popular phrase being rephrased, Is football coming home or will it be heading to Rome?