WAFCON 2022: Super Falcons in Casablanca ahead of Cameroon clash 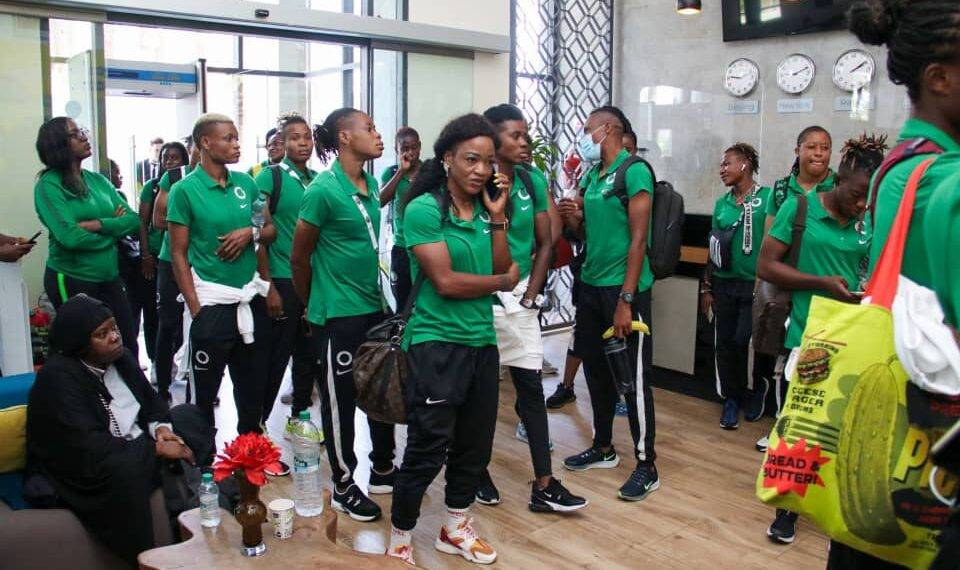 WAFCON 2022: Super Falcons in Casablanca ahead of Cameroon clash

The Super Falcons arrived in Casablanca from Rabat on Monday ahead of their quarterfinal match against Cameroon at the ongoing Women's Africa Cup of Nations in Morocco.

The Super Falcons who played all of their three group games in the capital city of Rabat will on Thursday, July 14, face the Indomitable Lionesses in an anticipated crunch quarter-final contest after both finished as runners-up in their groups with 6 points and 5, respectively.

The stakes are undoubtedly high for Thursday's match because each of the four semifinalists will be guaranteed an automatic qualification to the 2023 FIFA Women's World Cup in Australia and New Zealand next year.

Super Falcons captain Onome Ebi explained that the team understands the expectations to qualify for the World Cup. The seasoned defender claims that the Super Falcons have never missed the World Cup and have no plans to start doing so now.
Onome said, “Of course, we know what to expect. The Cameroonians also want to go to the World Cup.

"But we have never missed the World Cup and we won’t start now. Our eyes are fully focused on Australia & New Zealand, and then we can start talking about the trophy.”

Cameroun have not lost any game in the competition, playing two draws in their first two games before beating Tunisia 2-0 in their last game.