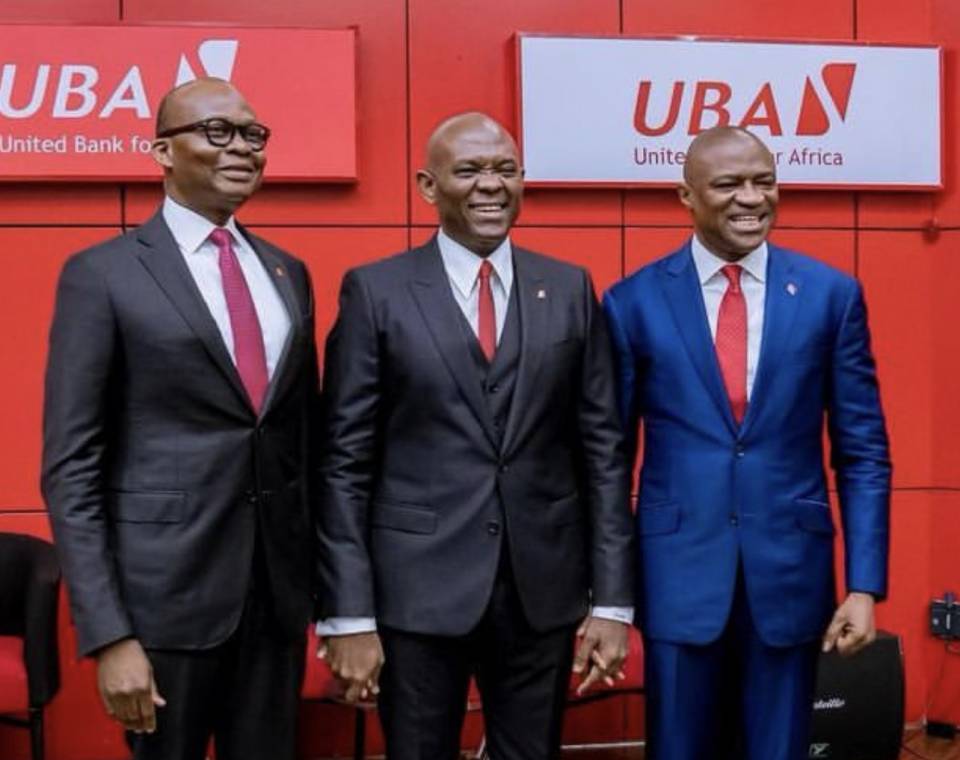 One of Nigeria and Africa’s largest Bank’s United Bank for Africa, UBA is set to announce Oliver Alawuba as its new Managing Director/CEO.

He takes over from Kennedy Uzoka whose two-term tenure ends this August.

Nairametrics understands the decision was concluded and approved at the last board meeting of the bank held in Dubai. Mr. Alawuba is the current Deputy Managing Director of UBA.

We also understand that Muyiwa Akinyemi, the current General Manager of Corporate banking will be announced as the Deputy Managing Director of the Bank.

Meanwhile, Kennedy Uzoka will assume the position of the Managing Director of a new holding structure that will be introduced by the bank. He will oversee the operations of UBA Group which includes several other subsidiaries across Africa, the US, Europe, and the Middle East.

The bank is likely to make an announcement soon.