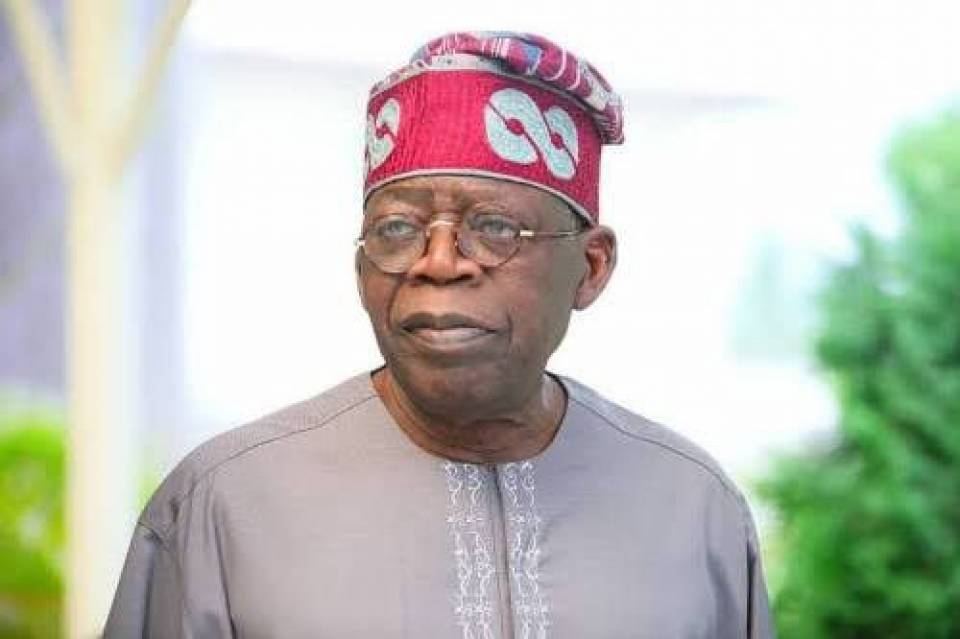 “We have an obligation to this and the next generation; to leave them a better Lagos State. This is a sacred duty. We cannot afford to fail or falter” – Bola Ahmed Tinubu

On August 7, 1975, the administration of General Murtala Muhammed inaugurated a committee on a new Federal Capital, for the country. The committee, headed by the foremost jurist and former Chief Justice of Botswana, Justice Akinola Aguda, in its report observed that “Lagos has become overcongested,” and recommended that the Federal Capital should be moved out of the city, for administrative purposes. The committee, however, proposed a phased movement with an eventual target of 2025.

The Federal Government accepted the report and enacted Decree 6 of 1976, thus, paving the way for the nation to join a legion of countries, including China, India, Brazil, Tanzania, Venezuela, Poland, Argentina, and others that had previously done so. Contrary to the recommendations of the committee, the complete movement of the nation’s capital was effected with military alacrity by the General Ibrahim Babangida’s administration, on December 12, 1991.

Unlike Nigeria, most central governments that moved their national capitals continued to nurture and assist the former capitals. The global norm is for sovereign states to provide special annual grants to their former capital cities, to maintain their infrastructure.

The security situation was so precarious that criminals of the likes of the inglorious Shina Rambo were driving carjacked vehicles in convoy to Seme Border. So daring were the criminals that Tinubu’s predecessor as governor of Lagos State, Brigadier General Mohammed Buba Marwa, was almost assassinated on the street, in broad daylight!

On the infrastructure angle, the last major project embarked upon by the Federal Government was the 11.8-kilometre Third Mainland Bridge. Not only was no single block added to the Lagos infrastructure landscape, the existing federal roads and bridges were also left unmaintained. The situation became so precarious that the current Buhari Administration had to carry out simultaneous repair works on the bridges, thereby further complicating the nightmarish Lagos traffic.

Back in 1999, while Tinubu’s contemporaries were still relishing their electoral victories, he immediately put in place a Transition Working Group, (TWG), made up of eminent personalities and eggheads, including Prof. Pat Utomi. The TWG made far reaching recommendations, which enabled the administration to hit the ground running, including the establishment of Lagos Economic Summit, (Ehingbeti); reaffirmation of Private-Public Sector Partnership, revenue enhancement for effective management of existing infrastructure, and creation of a Ministry of Economic Planning and Budget.

The first Ehingbeti, which was also the first economic summit to be held by a sub-national unit in Nigeria, was held in 2000. The summit has since become a flagship in Nigeria and helped shape the future of Lagos State, through public discourse. The State’s Vision Statement was derived from the theme of the 2008 Ehingbeti.

The Bola Ahmed Tinubu, BAT administration inherited a budget of N14.2 billion in 1999, and it was obvious that a serious financial engineering was necessary to meet the high expectations of the citizenry and the enormous challenges identified. To drive the paradigm shift, the Ministry of Economic Planning was created as recommended by the TWG and Mr. Olayemi Cardoso, an astute banker and seasoned technocrat, was appointed as the first commissioner. Another financial guru, Mr. Wale Edun, was appointed the Commissioner for Finance and the duo led a team that started the most fundamental public finance reforms in the history of Nigeria.

Some of the strategies deployed included:

▪ Re-organization and professionalisation of the erstwhile Board of Internal Revenue into Lagos State Internal Revenue Services, to guarantee independence and efficiency; Tax Administration Reforms with a robust database of taxpayers, computerisation of government financial systems with the deployment of Oracle Financial Modules, and deployment of capital market instrument for infrastructural development with the N15Bn Floating Rate Redeemable bond raised in 2002.

▪ Riding on the wings of the 2002 Ehingbeti, the government launched the Lagos Economic Advancement Programme, (LEAP), in 2003. Also known as the Ten Point Agenda, (TPA), this is an aggregation of plans and programmes for leaping Lagos State to greater sustainable development. The TPA stipulated the focus and core elements of critical strategic investments and formed the bedrock of the State’s Development Plans 2012 to 2025, and the current 30-year Plan, terminating in 2052.

The financial engineering led to improved financial resources and also made the budget size to skyrocket from a paltry N14.2Bn in 1999 to N274.8Bn in 2007, representing an unprecedented 1,857% increase, mostly driven by Internally Generated Revenue, thus leading to one of the most rapid socioeconomic transformations ever witnessed in Nigeria. In line with Lagos State’s mission focused on “Poverty Eradication and Sustainable Economic Growth through Infrastructure Renewal and Development,” massive investments were channeled into infrastructure, health, education, housing, security and poverty eradication.

Coming from a background where a past Military Administrator was giving excuses of lack of bitumen for the deplorable condition of Lagos roads, BAT revamped and rejuvenated the Public Works Corporation for direct labour maintenance and also awarded contracts for over 400 roads, including Kudrat Abiola Way, Agege Motor Road, Abaronje-Okerube, Adeola Odeku, Maroko-Epe Bye Pass, and others. Upgrading works were carried out on Broad Street, Marina, Third Mainland Ramp, Cater Bridge, Idumagbo, and so on. A permanent solution was also found to the incursion of Bar Beach into Ahmadu Bello Way, by constructing an enduring shoreline defensive barrier.

Impressed with the consistent reforms in the state’s financial management and the positive outcomes, the World Bank obliged the state a credit of $200m in three tranches, under the Development Policy Operation from 2010 to 2012; the first of such given to any sub-national in Africa. Due to the impressive turnaround in public finance, Lagos has consistently enjoyed AAA National Long Term Fitch Rating, for its good standing in terms of debt sustainability and resilience.