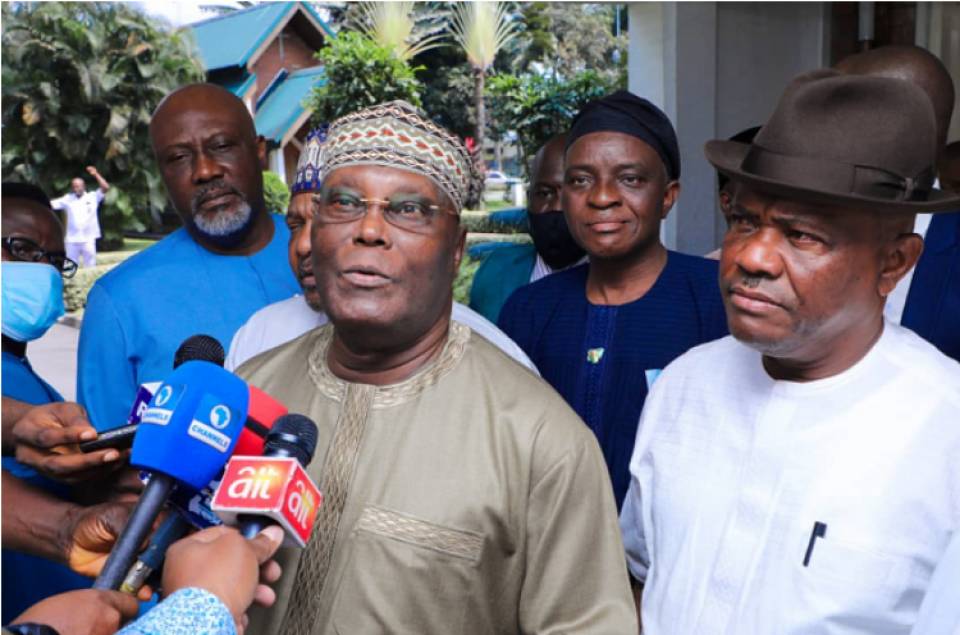 The Board of Trustees (BOT) of the Peoples Democratic Party (PDP) has set up a reconciliatory committee to meet with Governor Nyesom Wike of Rivers State over the fallout of the party’s presidential primary and crisis trailing the nomination of a running mate.

The committee is to be headed by the party’s presidential candidate and former Vice President, Atiku Abubakar, and has 13 PDP governors as members.

Chairman of the party’s BOT, Senator Walid Jibril, made the announcement in a statement on Sunday, saying the visit to Governor Wike would take place immediately after Atiku and the PDP National Chairman, Iyorchia Ayu, return to the country from their vacation abroad.

“I have noted with a great concern and great sense of feeling on the various recent comments coming from some of our PDP members and some prominent Nigerians on the choice of Senator Ifeanyi Okowa, the Governor of Delta State as the vice-presidential candidate by Alhaji Atiku Abubakar, the presidential candidate of our Party PDP – the biggest party not only in Nigeria but the whole of Africa,” he said.

“All the comments and various submissions are very normal in any political setup in Nigeria today with PDP being the strongest and most prominent party that has all potential to form government in 2023.”

According to the BOT chairman, the reconciliatory committee will also comprise the party’s vice-presidential candidate, Governor Ifeanyi Okowa of Delta State, as well as Ayu and members of the PDP National Working Committee.

Others include former PDP governors and ministers, as well as party elders from various zones and states in the country.

Senator Jibrin described Governor Wike as a very responsible and obedient PDP member who assisted tremendously in building the party to its present status.

Ahead of the reconciliatory meeting with the governor, he appealed to party members in Rivers not to leave the party and shun comments aimed at reducing and running down the party.

“We must come back to our senses by all our members and all most responsible and respectful Nigerians by giving total support to the party to enable it to form government by holding all political positions in Nigeria in 2023,” the BOT chairman said.

“We must come together and unite ourselves as earlier established by our founding fathers. We should, therefore, shun any bad comment aimed at dividing us. We must be ready to forgive ourselves, thereby encouraging Nigerians to continue supporting us and our party.

“It is my strong appeal to all current and former governors and former Presidents of Nigeria not to add more fuel to the fire but to always try to quench the fire from spreading. May I say it loud that we commend all our current PDP governors for their greatest assistance to the party always.”

Tweet
previous post « Kwankwaso to Obi: Accept VP position, this is the only opportunity for you and south-east
next post How Sahara Energy founder, Tonye Cole laundered $50m for Amaechi – Wike »
back to top