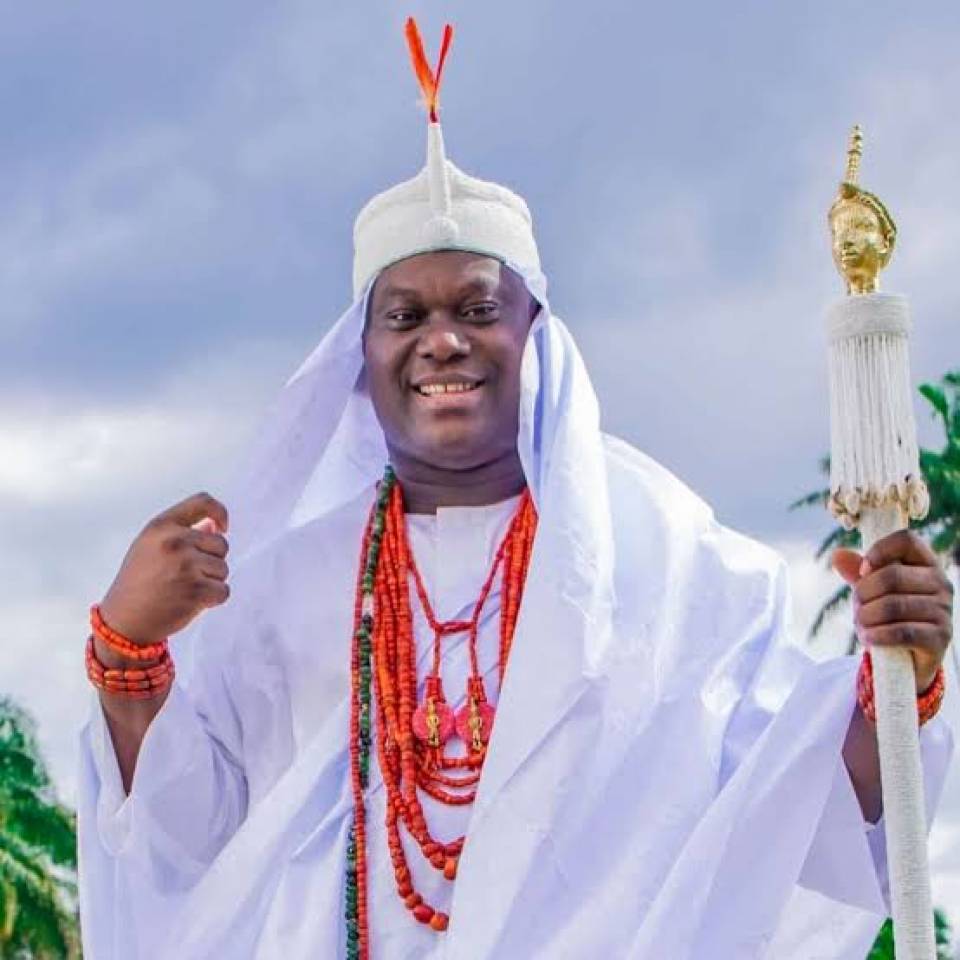 Like the general saying that love is a beautiful thing that any human being will want to experience in life over and over again, irrespective of any circumstance that besets him/her. While it’s also mandatory in most legendary royal lineages, as their ilk are traditionally-bound to have as many wives, lovers and admirers as possible.

But for His Imperial Majesty (HIM), Oba, Dr. Adeyeye Enitan Babatunde Ogunwusi, Ojaja II, the traditional ruler and youthful monarch of the Yoruba kingdom of Ile-Ife may have followed suit as he just found new love in charming Mariam Anako, who is set to mount the rostrum as the next Olori of Ile Ife very soon, being the third in row since Kabiyesi mounted the throne of his forefathers less than a decade ago.

The charming and industrious Mariam is a top-shot managerial staff of one of the leading oil company in the country; Nestoil Limited as Administrative Manager and also sister to the Yeye Oge of Ibogun Olaoparun Kingdom, Dr. Mrs Raliat Anako Abdulsalam, an astute politician, Oil & Gas guru in the downstream sector and a sports lover, who also a top society ally to Yeye Folashade Ogunwusi Fadairo (Ooni of Ife’s elder sister), Shola Ogunwusi (Ooni of Ife’s elder sister) and many more.

Those in the know claimed the Ooni has done everything possible to keep the relationship secret, judging by his past experiences with Queen Zainab and Queen Silekunola.

A source hinted that the relationship had undergone its first course, with the monarch meeting with the family of his lover in February of this year. The indication that the Ooni was trying to settle for Mariam as his new wife was strengthened with the renovation of the quarters vacated by the last queen, Naomi, with news spreading round the Palace that a new wife is coming.

The new ‘Olori’ is most likely to move into the palace by August, the source revealed. Further checks also revealed that Mariam Anako is an indigene of Kogi State but grew up in Kwara.

The Ooni after being made king married Queen Zainab Otiti, the marriage didn’t last as she left the Ife Palace. He later married an Akure based preacher, Queen Silekunola who bore him a son and their marriage for unknown reasons did not also stand the test of time as the queen was ejected from the Palace.