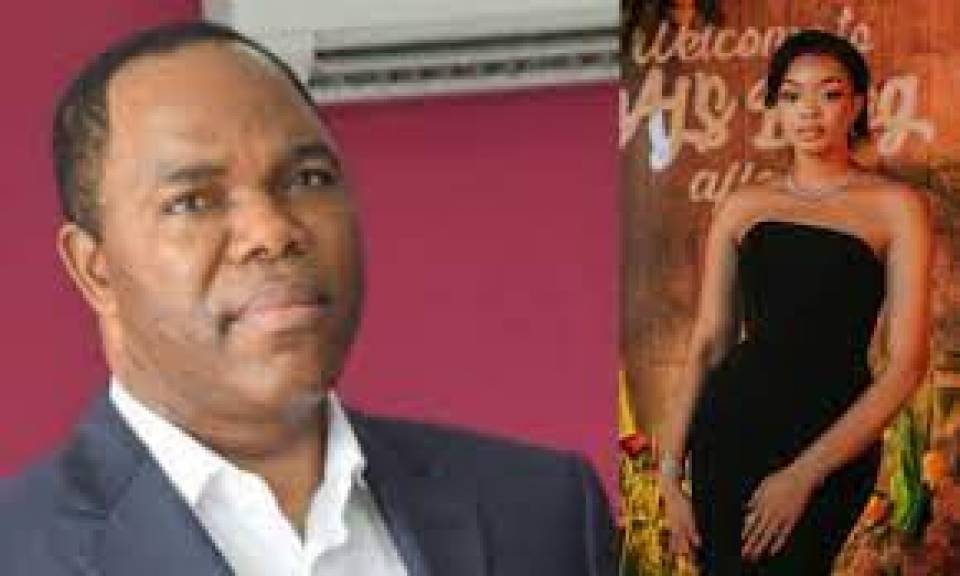 The former Chairman of defunct Skye Bank, Tunde Ayeni is currently facing a paternity battle with a female lawyer in Abuja identified as Adaobi Alagwu.

According to our investigations, Adaobi, who is 30 years old, was a classmate of the businessman’s daughter.

Sources said Ayeni, then dated and flaunted Ada openly with no regard for his family and friends then. He gifted his building, right next to a supposedly serious business entity of his (address withheld) to her out of fear he might lose her.

“He gifted her the house she lives in Lakeview in Abuja, and purchased a choice property for her mother to live in. This act of his drove his daughter to shame. Whilst his daughter was struggling, he set up Adaobi’s chambers. Her chamber is at 36, Birao Street, Wuse 2, back of AP Plaza, off Adetokunbo Ademola Street in Abuja.

“He also gifted her a multi-million Naira Range Rover from his fleet and was constantly at her office even in the full glare of his hardworking staff next block.

It was Ayeni’s bosom friend, Greg Uanseru that we know with aunty Ada before. Greg it was, who was playing and fiddling with her before Ayeni snatched her from him by outspending Greg and all others.

According to the source, the lawyer had also vowed to drag the businessman through the mud until he took full responsibility for the baby girl.

“She is ready to drag him through the mud if he continues to deny the paternity of her daughter. She said he was the one who encouraged her to get pregnant and many witnesses can attest to it,” our source said.

According to her, early last year, she was a constant face at his Solween house as she lived with him in his Rhine street address.

Sources said Ada had actually walked out of the relationship with Ayeni only for him to run to her mother and other family members on bended knees to beg.

In 2019, businessman Tunde Ayeni met and dated Ada briefly, and being a perfect gentleman he had presumed her to be a decent and respectable lady, one who can be considered for future prospects should the possibility arise.

Upon realizing that he could not cope with her numerous escapades and being a highly responsible individual, he called off the relationship at once within just a matter of months.

Having ended the relationship with Ada, Mr. Tunde Ayeni moved on with his life since 2019 and had put all the unpleasant experience in the past. It came as a rude shock and is highly traumatizing, the recent rumor gaining grounds within the FCT of a paternity row between Ada and Tunde,” a statement by his media team had read.